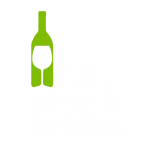 “I’ll have a Mojito” said the wife on Saturday night when we arrived in one of our local bars. “Of course you will”, I thought! Yes, the growing trend of classy cocktails has not passed us by in this part of rural Ireland. As a stock taker, I’ve seen the bars in Fermanagh, Donegal, Tyrone and the neighbouring counties embracing the rise of the cocktail. I’ve seen cocktail menus, pitchers and shelves stocked with an array of liqueurs become the standard rather than the exception in recent years. Gone are the days of blank stares from ageing barmen when you ask for anything more exotic than a slice of lemon in your G+T. We’re now spoilt for choice with everything from Strawberry Daquiris to Long Island Ice Teas.

This trend is meeting the demands of the customers…great! And the perception of course is that the bars are making a mint from their Mojitos. It’s true that cocktails can be a profitable area for pubs and clubs, but on my stock taking journey I’ve found bars which are losing out on potential profits when it comes to their cocktails.

I’ll tell you about one such client of mine, a bar in Donegal which I work with on their stock taking. Like many of the bars I’ve described, this particular bar has seen a growth in cocktail sales. They didn’t even need to tell me this, as I can see from the stock they’re carrying and ordering that the once dusty bottles of what were traditionally seen as exotic liqueurs are now ordered more regularly, and in higher volumes than ever before. So, from 1 bottle of triple sec every six months or so, they’ve gone to 6 bottles a month. That’s an increase of 1,800%! And then there’s all the other bottles. In total, they’re probably bringing in an extra 510 bottles a year to cater for the cocktail market.

Great stuff – they’re capitalising on a trend which has great profit margins, right? Well, in theory, yes. But something was wrong. And I had my suspicions about what that could be, as alas, I’d seen it before. The staff were giving away free drink. Yes, really! Now I’m not talking about handing out free cocktails, or bagging bottles of liqueur to take home. This was more innocent than that. They were simply using the wrong measures in the cocktails. 35ml measures when it should be 25ml – that type of thing. Why? Well, they simply didn’t know better.

In this situation, a short conversation with the staff to get to the bottom of the issue, followed by a couple of hours of staff training has pretty much dealt with the problem.

What every bar should be asking themselves is, “are my staff doing the same?” You may have experienced bar staff, you may hire someone who has worked in bars for years. Is it safe to assume they know what measures to use? I’d say not. “Never assume anything” a wise man once told me, and I’d say the same to every bar owner and manager in the land. A quick conversation with your staff and a little bit of training could save you thousands. Don’t believe me? Let’s look at an example.

So, let’s say a bar is serving half a dozen cocktails each day, and on a Friday and Saturday that increases to 50 cocktails a night. There’s 130 cocktails each week. Probably doubled at least around Christmas time. So, ball park around 7,000 cocktails per year. That’s fairly conservative for many bars, who could be doing multiples of this, but let’s stick with the conservative figures.

Your typical cocktail will have 2-3 25ml shots of alcohol in them. We’ll go with 2.5 shots in this example. But we’ve got staff in this pub who haven’t been trained. They’ve been told what shots go into the cocktails, or they’re reading it off the cocktail menu which doesn’t specify the measure to be used, and they’ve never been told! So they’re merrily making cocktails using the 35ml measures.

That’s a free 25ml in each cocktail. And my calculator tells me that when they’re serving 7,000 cocktails each year, they’re giving away a whopping 250 bottles of spirits and liqueurs – yikes!

If one of these bottles costs £12, that’s a huge £3000.00 at cost (not to mention retail !!!) value given away simply because the bar owner or managers haven’t talked to their staff about using the right measurements in their cocktails.

Of course, each bar will be different, and this is just one example. But you get the picture, right? Think about how many cocktails you sell each week and do a little math of your own. Whatever you do, make a point of talking to your staff about this, or even send them this post to show them the potential impact this could be having on your business! And don’t forget, if you need help with your stock taking, or even your staff training in stock management, it’s what we do, so get in touch for a chat.

Fill in the form and we will get back to you